I left Thibodaux, Louisiana at 9 a.m. on July 27, 2022. An hour later, I arrived at Isle de Jean Charles where I had a vision of the world a hundred years in the future. 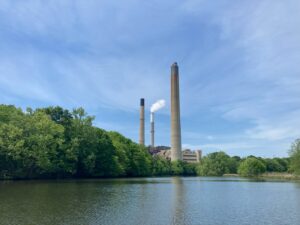 But is he the devil incarnate? “It seems odd,” says Bill Clinton’s former Chief of Staff and Obama whisperer John Podesta, “that Manchin would choose as his legacy to be the one man who single-handedly doomed humanity.” 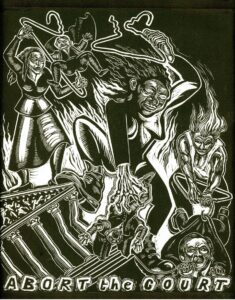 The decision last Friday by the U.S. Supreme Court to reverse Roe v. Wade is a serious setback for human rights and the rule of law. 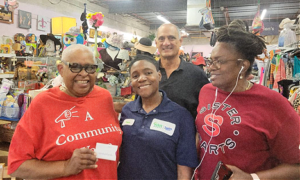 Everybody knows that disasters – including hurricanes and floods, heat waves and fires – cause tremendous hardship. What’s less well known is that disasters generally strike people already experiencing hardship. That’s because it’s the poor and the marginalized who tend to live in areas most vulnerable to calamity. 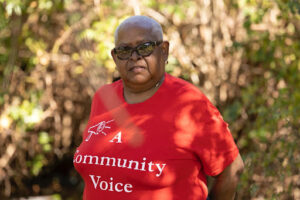 In 2005, she was a divorced, single mom living in the Lower 9th Ward of New Orleans. “I had an autistic son and a full-time job,” she said. “My mother helped me, but I didn’t have time for anything more than work and family. Or so I thought.” 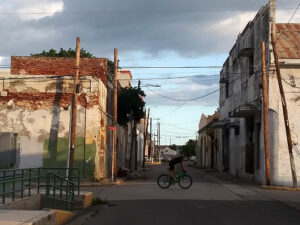 Newsletter: For Many in Harm’s Way, the Costs of Relocation Are Too Great

According to the National Oceanic and Atmospheric Administration, 2021 was one of the most destructive and expensive years in American history. The total cost in dollars was some $145 billion. 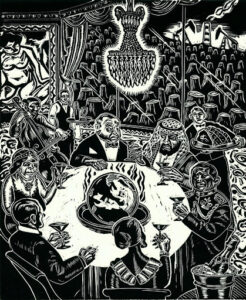 This special issue of the Anthropocene Alliance Newsletter is dedicated to a single artwork by Sue Coe. Sue has been a good friend of Anthropocene Alliance from the beginning, offering advice and moral support when we first launched, and providing artworks to illustrate some of our blogs and stories. Her art is found in the permanent collections of many of the most famous museums in the world. She had a retrospective at The Museum of Modern Art in New York City in 2018 and her work has been featured in The New York Times, The Nation, and dozens of other newspapers and magazines. 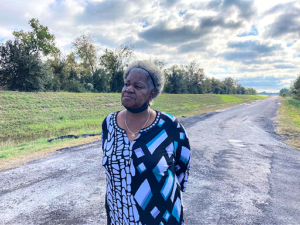 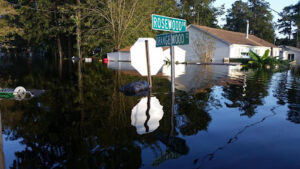 The following story is about home buyouts and climate migration in one South Carolina community. For more on this, please see our statement, “The Great American Climate Migration” and our “Ten Point Platform on Climate Change.” 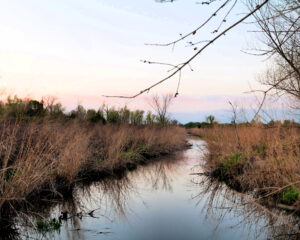 Newsletter: A River with Rights

This edition of Anthropocene Alliance Newsletter is dedicated to a single story: The struggle of the working-class and Indigenous people of Tar Creek, Oklahoma to restore to health a once beautiful and still cherished river tributary. Tar Creek is a branch of the Neosho River that flows through Miami, Oklahoma.

“Anthropocene” is the name of the epoch in geologic history when earth systems no longer follow their natural course but are directed by humans. Its geologic markers, found across the globe, consist of technofossils (industrial litter deposited by rivers and streams) and radionuclides (from atomic blasts). Before it is officially part of the geologic time scale, the name must be adopted by the International Union of Geological Sciences.

But regardless of its official acceptance, Anthropocene has entered our vocabulary. The reason is it summarizes what so many people have understood for two generations: that humans have changed for the worse the physical and biological nature of the planet. The degradation of air, water and soil, the disappearance of habitats and extinction of species, and the growing threat to human civilization itself, combine to make ours a perilous time.

The solution to the crisis is not obscure. It is simply humans acting in concert – in alliance – to protect vital air, water and land, and end the use of fossil fuels and other sources of global warming. Anthropocene Alliance was formed to advance this essential work of self and community transformation.