Since our founding in April, Anthropocene Alliance established a powerful tool for helping individuals and communities hurt by flooding, Flood Forum USA, along with a Facebook platform called SPOUT!  FFUSA has engaged over 100 community Flood Groups across 30 states in the US, representing 200,000 people, and initiated mitigation programs in 10 of them, assisted by the Thriving Earth Exchange of the American Geophysical Union.  SPOUT! has become a go-to, speak-out forum for up to date information about mitigation and flood relief efforts across the country. This recent article in The Huffington Post illustrates the bravery and resilience of our SPOUT! friends.

And then came Harvey.

The loss of life from Hurricane Harvey is significantly less than occurred with Hurricane Katrina. That’s a consequence of geography. New Orleans is a bowl, and when the levees broke, the storm surge quickly inundated densely populated neighborhoods, drowning many residents. Houston is flat, and the storm surge was relatively small, so water levels rose more slowly, giving more people a chance to get to higher ground. But while the loss of life with Harvey was less, the economic toll will likely be greater. Katrina cost $160 billion; Harvey will likely cost more, perhaps as much as $200 billion. There will be greater clarity about costs – both human and financial — in the weeks ahead.  But a few, fundamental things about Harvey are now clear:

1. The disaster was entirely predictable and was in fact predicted! (See the 2016 report by ProPublica and The Texas Tribune.)

2.  The response to the flooding was inadequate, regardless of the cheerleading of President Trump, Texas Governor Abbott, and many others. There was no plan to safely evacuate Houston or even the much smaller cities of Beaumont and Port Arthur. Many of the rescues were accomplished by amateur boaters – average people who risked their lives to search for folks stranded on rooftops, in attics, or in trucks and cars. The stories and pictures of rescues are dramatic and heartening, but we don’t hear as much about lives lost for lack of preparation and coordination.

3.  Federal regulation of the petrochemical industry in Texas and elsewhere is inadequate to the point of criminality. Fire at the Arkema chemical plant in Crosby, Texas was inevitable in case of flooding, and yet the factory was allowed to continue to operate. The major oil refineries in the area have released thousands of gallons of petroleum products, and vented tons more. The receding floodwaters are a poisonous stew, and the soils in many areas will be toxic for generations.

4.  The vast majority of people affected by flooding do not have flood insurance and did not live in areas zoned as a floodplain.

5. Rich and poor alike were impacted by Hurricane Harvey, but the poor suffered worse.  Lower income, Black and Latino communities are less likely to have flood insurance and more likely to live in proximity to toxic sites. They also have less family wealth and greater job insecurity. Flooding has put thousands of people out of work.

6.  The rapid, essentially unplanned growth of Houston over recent decades, including a vast increase in impermeable surfaces 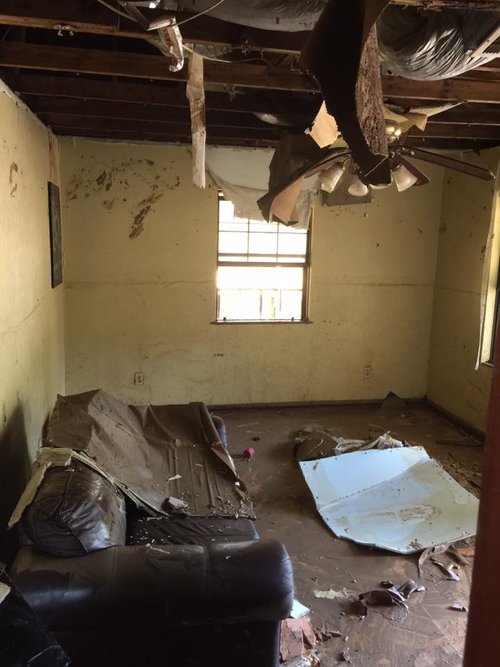 (roads, parking lots, and roofs), combined with clay soils, shallow water table, network of bayous, and proximity of the Gulf, mean that even moderate rains are certain to cause floods.  Harvey is the extreme expression of what has already been happening in Houston for years. Arguments that lack of regulations has kept housing in Houston affordable are nonsense in the light of the thousands of people made homeless by flooding!

7.  The size and intensity of the storm was increased by global warming, though we can’t say by how much. Hurricane Harvey grew quickly from a tropical storm to a Level 4 hurricane when it passed over Gulf waters 2-3 degrees higher than historical averages. (Water absorb solar heat more quickly than land.) In addition, warm air holds more moisture than cooler air. As a result, the storm rapidly gathered both energy and moisture to become a powerful hurricane and a record shattering rainstorm.  The number and size of climate disasters has increased significantly in the last decade.

8. Hurricane Harvey was not a “natural disaster.” It was the product of poor planning, lax environmental regulation, inadequate zoning laws and building regulations, social inequality, and global warming. A Hurricane is an act of nature – destructiveness on the scale on Harvey is not.

Flood Forum US is not a first responder, and our ability to act in the middle of a major disaster is limited. However, Houston was already a priority city for us. Harriet visited the city back in July and met with two of the three citizen-based Flood Groups there (see our video and article on two of the groups here). As the storm hit, we were able to assist in several ways. A) We shared stories and photos of the impressive efforts of Houston families to protect their home from flooding. Our information was read and shared by thousands of people across the country. B) In the middle of the storm, we put Shannon Cooper, a flood survivor and community organizer from Louisiana in touch with the Flood Groups in Houston. Shannon then sent a flotilla of boats to Texas to help with rescue operations. C) We secured permission to upload raw video footage of the flooding and posted them on our dedicated YouTube channel under Creative Commons license, so that anyone can now use and share these visuals. We expect these will be valuable in the future for understanding what happened and how to better protect people, animals and property. D) Finally, we offered flooded residents the comfort of contact with other people from around the country who had survived flooding and managed to rebuild their lives. Many people from the largest Flood Group, ‘Hurricane Harvey 2017 – Together We Will Make It’, have since joined SPOUT!

Shannon Cooper lost her home in the flooding in Louisiana on August 2016. Since has since helped coordinate help for flood survivors of Hurricane Harvey in Texas.

Our work with the Houston Flood Groups will expand as we support their efforts to bring relief and recovery to affected citizens, and hold the city and Harris County Flood Control District to account. The group, ‘Residents Against Flooding’ brought a tort against the city several years ago. Their suit is still pending, and they’re advocating for a multi-county flood control district and stronger mitigation standards for new development. We intend to bring national attention to this struggle.

As the threat of Hurricane Irma looms, we have linked up with groups in Florida and introduced them to SPOUT! and we’ll again start the process of sharing best practices and expertise among groups.

2018 will bring a new phase of work as we help set up new Flood Groups in Black, Latino and Native American communities, and plan and design a ‘Flood Fighters Boot Camp’ that offers training and technical assistance to group leaders so that they become effective advocates for 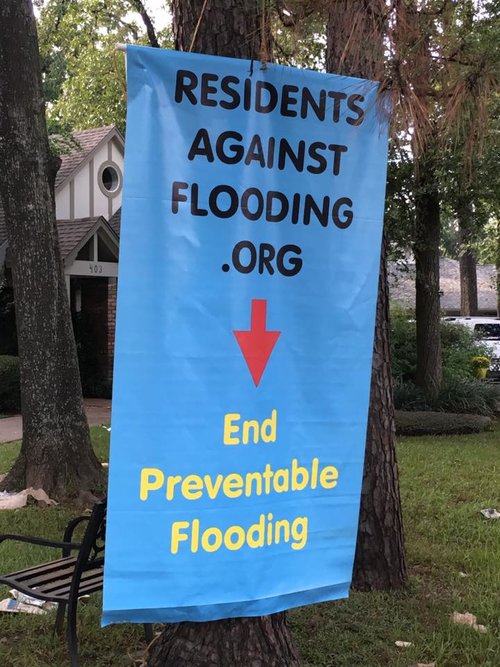