The unfolding disaster in Houston and along the Texas and Louisiana coasts is a sign of things to come. Rain events are certain to get worse and more people are sure to be inconvenienced, displaced and even killed by flooding. Climate science proves it.

But there will never be a road sign that reads: “Yield to global warming.” Instead, climate change disasters will happen without warning, just as they do now. Seasonally occurring storms will form as they have in the past. A few will grow into hurricanes, as usual. But in a handful of cases – and increasingly over time – the hurricanes that form will be 100 year, 500 year or 800 year events. They will drop an astonishing amount of water and cause immense damage over a geographically large region.

The reason Hurricane Harvey grew so quickly from a tropical storm to a Level 4 hurricane is that it passed over a warm water trough in the Gulf of Mexico that was 1-2 degrees Fahrenheit warmer than surrounding waters. And those Gulf waters were already about two degrees warmer than historic averages dues to global warming. (Oceans absorb solar heat more quickly than land. In the Gulf, the surface water temperature was 87 degrees.)  As a result, tropical storm Harvey was able rapidly gather both energy and moisture and become a powerful hurricane. (Please see the article recently posted by Scientific American.) In addition, warmer ocean water occupies a greater volume, increasing the likelihood of tidal surges and coastal flooding.

The quantity of water that has fallen from Harvey, up to 50 inches in some places, is almost unprecedented. (Tropical storm Claudette dropped 42 inches in 24 hours on Alvin Texas in 1979.) This incredible rainfall may also be a consequence of climate change. Warmer air holds more moisture and thus produces more rain. (The Clausius-Clapeyron equation explains the thermodynamic relationship.) In addition, heavy storms create a vicious moisture cycle: when a land surface is covered with water, it provides an additional water source for a storm. So in effect, the more it rains, the more it is likely to rain!

To get a sense of the scale of the current rainfall in Texas, consider this: 50 inches of rain translates into almost 42 feet of snow! (The U.S. record for snowfall in a single month is 32 feet in Tamarack CA. on the western slope of the Sierra Nevada, in 1911.) This means that a storm of that magnitude would accumulate snow to the fourth floor of the Chicago apartment building I’m sitting in.  Transportation of any kind would be impossible and the eventual snow melt would cause devastating flooding everywhere.

The governor of Texas, Greg Abbott denies the existence of human-caused climate change. So does the current occupant of the White House. Indeed, the president has proposed major funding cuts both for climate research and for emergency preparedness. But super-storms like Harvey (as well as Sandy and 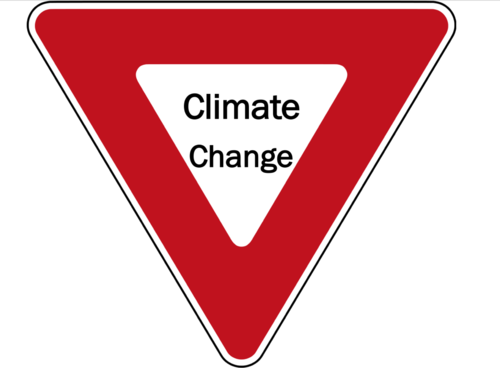 Katrina before them), have occurred despite climate-change deniers and their frequency will increase in the future. Unless we yield to the lessons of climate science and take dramatic measures to reduce the emission of global greenhouse gases (and do so fast), we are sure to suffer ever more, and ever more catastrophic flooding in the future.