In a recent issue of the journal Earth (September 2017), published by the American Geosciences Union, the philosopher Christine Cuomo cast doubt on the validity of the Anthropocene as designation for the current epoch in geologic history:

The Anthropocene, as visitors to Anthropocene Alliance will know, is the name proposed by the Working Group of the Anthropocene (WGA), a committee established by the International Union of Geological Sciences (IUGS), to describe the moment in Earth’s history when humans came to dominate and even determine major earth systems.

Cuomo argues that: 1) the term misrepresents the geologic record; 2) the association of the Anthropocene with destructive events – for example the detonation of nuclear weapons –implies an essential association of humans with violence, carelessness and selfishness, and denies the “inherent worth” of Holocene nature and culture; and 3) the nomination Anthropocene implies hopelessness – that the relative ecological health of the Holocene (the epoch that began some 12,000 years ago and superseded by the Anthropocene) is ended and will never be restored.

It seems to me that Professor Cuomo is mistaken. Here’s why:

1. Every geologic epoch, to be so designated, must be exhibit clear, stratigraphic markers. For the Holocene, it was indications of a warming climate and sea-level rise (compared to the earlier Pleistocene), changes in flora and fauna, a wealth of archaeological artifacts, and more narrowly, the presence of deuterium excess value in ice core data.

The Anthropocene, according to the WGA team and many other researchers, is similarly well marked in the stratigraphic record. Climatic, biological, geochemical and archaeological signatures are clearly present, as are radionuclides, uniquely deposited on the earth following the first atomic blast on July 16, 1945 at Trinity Site, near Socorro, New Mexico. 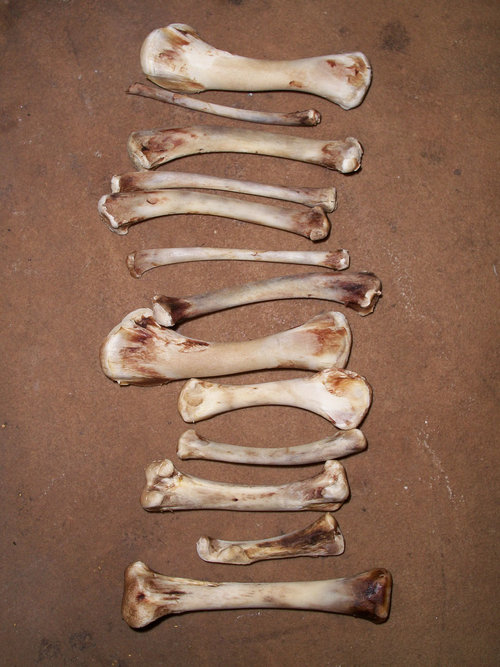 Another marker is the presence of chicken bones, the products of Post-War industrialized agriculture and fossilized in landfills all over the world. Signs of the Anthropocene, in other words, are both recondite and manifest, global and local and the epoch cannot be dismissed on empirical grounds.

2.  Just as the start of the Holocene did not extinguish all life that came before it, so the beginning of the Anthropocene – now generally placed around 1950 – did not the

extinguish the life-world of the Holocene. Nor does recognition of a threshold between Holocene and Anthropocene mean any disparagement of the floral and faunal life of the former. Indeed, research into the epochal changes in the global environment beginning around 1950 led to development of the very field of environmental studies and a renewed focus upon the old term “ecology.” Aldo Leopold, Rachel Carson, Barry Commoner, Jane Goodall and James Lovelock among many others, described a radical break between the present and the past, and at the same time expressed a sober acknowledgement of what was lost and what must now be protected.

3.  Far from declaring the Anthropocene “the new normal” as Cuomo claims, scientists, environmentalist and philosophers consistently describe it as the new abnormal, a decided perversion of the formerly prevailing order of things that must be rectified, for the sake of all sentient life. Far from surrendering to catastrophe, scholars and activists who describe the current epoch with the label Anthropocene are sounding an alarm and calling for change at a local, national and global level. Humans now have the capacity to alter and indeed destroy the world. Recognizing that fact is not to accept its inevitability; it is to highlight the responsibility of the leading capitalist powers — the U.S., China, Japan, South Korea, India and the countries of the EU – to come together to end the global devastation.

The point of the term Anthropocene is also to alert global citizens – acting individually and collectively – to challenge the political and economic culture currently leading us toward catastrophe.  That’s the work of Anthropocene Alliance and dozens of other environmental groups, large and small, formal and informal, in the U.S. and around the world.