Video library: We have the largest library of flooding footage in the U.S.

Our frontline leaders have brought visibility to their communities. Their struggles and successes have been reported by the BBC, The Guardian, The New York Times, MSNBC, Bloomberg News, and US News and World Report. Below is a list of media coverage of the work of A2.

I Would Have Never Bought This Home if I Knew It Flooded, New York Times Opinion, by Elizabeth Rush (quotes Jackie Jones of Reidsville GA Community Floods, April O’Leary of Horry County Rising and Frances Acuña of Go Austin/Vamos Austin.) 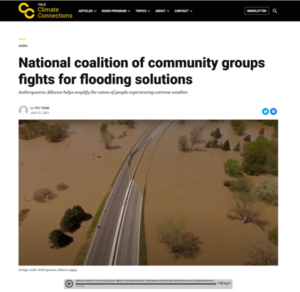 Hardship binds flood survivors: ‘All we have is each other’. E&E News. April 27th 2021. (quotes Harriet Festing, Executive Director and Co-Founder of Anthropocene Alliance, references Queen Quet of the Gullah/Geechee Sea Island Coalition, Katherine Egland of EEECHO and Rebecca Jim of LEAD Agency.)

Two op-ed’s written by Anthropocene Alliance (Aa) members/staff are featured prominently in a new e-book compilation by our wonderful friends at Island Press: Resilience Matters: Reimagining the Future in a Tumultuous Year. 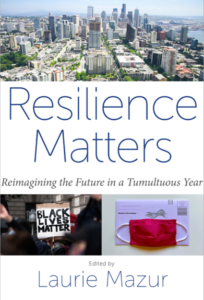 The first article in the book – “Climate justice in frontline communities: here’s how to (really) help,” was coauthored by Hilton Kelley and Katherine Egland.

Slightly further down the list on the first page is “Monster hurricanes are now inevitable, but flooding is not,” which was written by Aa co-founder, Stephen F. Eisenman 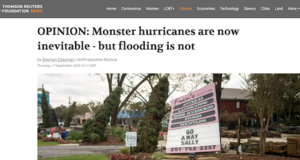 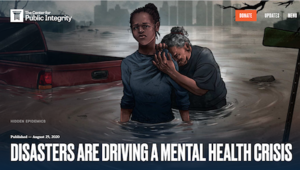 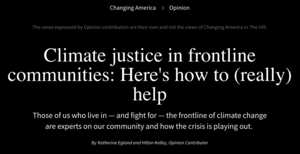 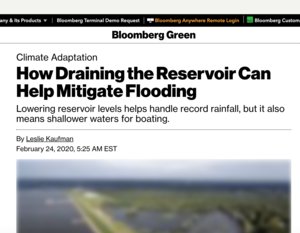 Outside the Spotlight, Communities around the Nation Seek to Rebound from Climate-Related Disasters. The Climate Mobilization. October 4th, 2019 (features multiple Higher Ground members.)

Women Are Fighting Flooding Crisis in the US. Human Rights Watch, July 1, 2019. Article by Skye Wheeler of the Women’s Rights Division.

Flooding in the Chicago area has been so bad in the past decade that only places ravaged by hurricanes sustain more damage. Chicago Tribune, May 10, 2019. The article highlights the story of Higher Ground member, Lori Burns.

Flood survivors are identifying the root causes of repeated flooding. Ensia, April 23, 2019. The article highlights several of the community leaders involved with our initiative, Higher Ground.

Once derided, ways of adapting to climate change are gaining steam. National Geographic, January 9, 2019. Our initiative, Higher Ground (formerly Flood Forum USA), is described as a “Match.com for flooded towns and scientists.”

The Year That Was and Wasn’t. The Morning News, December 18, 2018. Writer, Elizabeth Rush, describes “broad climate coalitions are coming to the fore from Higher Ground (formerly Flood Forum USA) to the Sunrise Movement and the push for a Green New Deal.”

Previous
Next
Scroll to Top